In 2011 Yvonne was one of the first employees in Johannesburg in the Sonnenglas production facility. Six years later, she is still involved in every step of the production of our solar lantern. She says: My job made my dreams come true...

Yvonne’s handshake is surprisingly firm for her small stature. You would not expect such a force meeting her the first time. But when she leads you through the Sonnenglas production hall in the center of Johannesburg, you immediately realize that the 29-year-old is full of energy. She is familiar with each of the 65 employees and she knows every single angle of the production facility. That is no surprise. Yvonne has been working here for six years. She was one of the first to manufacture the solar lamp.

Today the mother of two children is a foreman. She always has an open ear for her colleagues. She jokes with two young women who solder the batteries for the solar modules and then walks on. She stops at a table a few yards away and chats briefly with a bunch of men who are packing the Sonnenglas lantern, only after thoroughly checking if each solar jar is working properly.

Handmade with Love in South Africa

When Yvonne is holding a Sonnenglas in her hands today, she is as proud as on her first working day when she made her first solar light. She still can remember this day very well. Yvonne was then 23 years old and lived in Alexandra - a township near Johannesburg. "It was cold on this Monday, because it was August. This is winter in South Africa. I was so excited, because I really did not had any idea how solar energy could be produced", she says while unscrewing the solar module from the glass and showing us Sonnenglas’ inside - its very heart. Today this is different. She could build a Sonnenglas almost blindfolded, she says and starts laughing. "When you look at the inside of the lamp, you know immediately that it was made by hand. We're all incredibly proud of that." 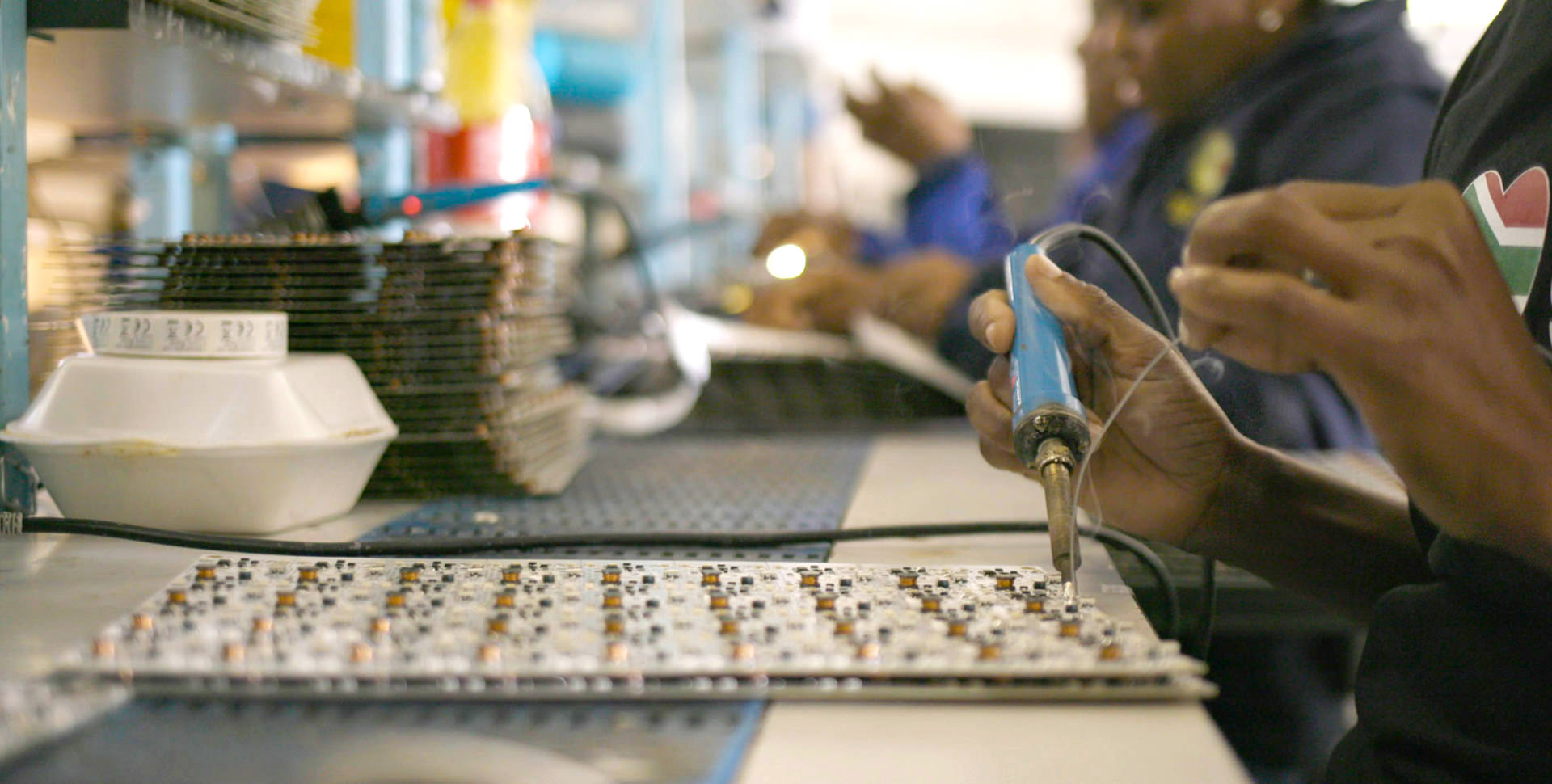 Yvonne is also incredibly proud of what she has achieved personally through her time at Sonnenglas. "It has always been my dream to study. But education is expensive and my family was poor. We just had enough money to buy groceries. We had to walk barefoot most of the time, because my parents could not afford to buy shoes", she tells us while further showing us around. Yvonne spent time looking for a job, which was and still is a difficult task in South Africa. With more than 25 percent of the population unemployed, jobs, and especially good jobs, are a rare find. Yvonne worked as a cashier and a waitress. She was lucky to have found this, but it was seasonal and she remained constantly concerned about whether she could feed her family longer than a season.

In 2011, she discovered a job advertisement in the newspaper. "They were searching for young people who were looking for work after matriculating. No education needed. So I applied." Yvonne got the job has been working in the Sonnenglas production facility ever since. She became a shift supervisor in the electronics department. Today she is responsible for the entire production chain as a forewoman. 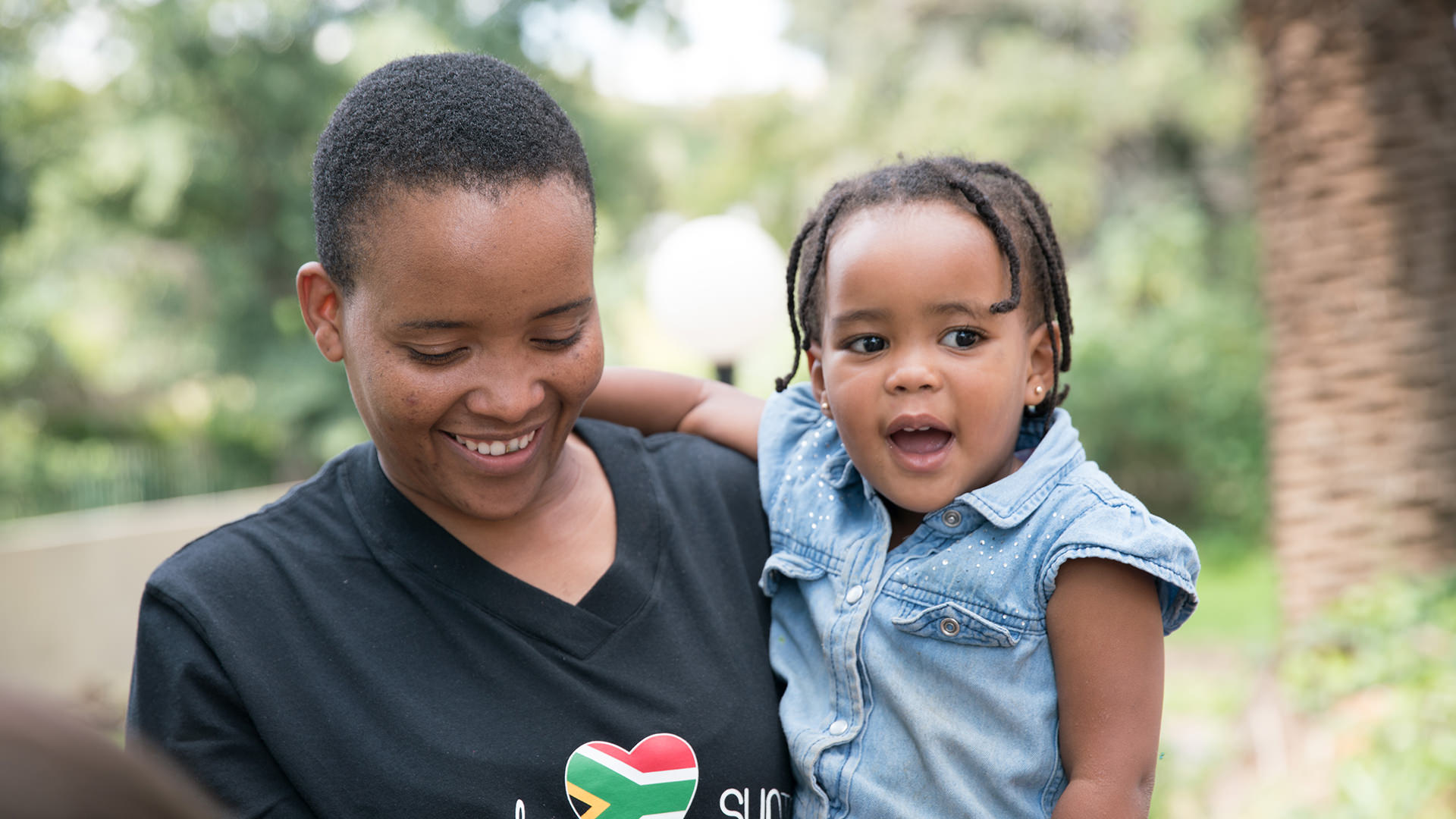 *Together with her family Yvonne now lives outside the township of Alexandra.

Now Yvonne’s dream of studying no longer was a dream. It became a real opportunity. "I went to my boss and told him that I wanted to improve my skills and that I wanted to learn more. So I asked him if the company would support me. And he said yes."

Yvonne started to study business management and successfully completed her training. With her husband and her two children, she now lives in her own house outside the Township. It is just a few hundred meters from her old home Alexandra, so their friends and neighbors can often visit.